Hayes Garden World is a prestigious garden centre based in the beautiful Lake District town of Ambleside. The company has a gardening heritage stretching back over 200 years, having been run by five generations of the Hayes family. 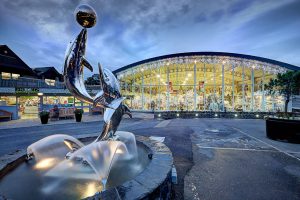 It opened on its present site in 1921 when it was known as the Lake District Nurseries, developing to become a garden centre during the 1960s. Today’s garden centre, which attracts over a million visitors a year, also has a significant eCommerce presence, selling an extensive range of high-quality garden furniture.

In 2018 the management team at Hayes decided to upgrade their current EPoS and Retail management software. They evaluated several systems before choosing Corby & Fellas’ WinRetail system, which was installed in early 2019.

Since its installation the management team have been delighted with WinRetail’s performance, to the extent that two members of the team have written following testimonials.

The first of which is from Ian Hodgett, who is the Furniture & Barbecues Sales Team Leader:

“Since we installed WinRetail at the end of February 2019 we have been amazed at the difference between our old EPOS system and the new WinRetail system.

When we had our first meeting with the team at Corby & Fellas, at their offices, we discussed our, then current, cloud-based system. We discovered that most of the features that our old system lacked were already there and working in WinRetail. But, WinRetail did not include an order delivery scheduling module, which we needed; however, within a week C&F has produced mocked up version of this for evaluation, which we used to make sure they (C&F) had understood what we were looking for. In April 2019, two months after going live with WinRetail, this new module was released to us, and we have been happily using it since to schedule in all our customer orders for deliveries for both our store and our e-commerce sides of the business.

As an addition to the WinRetail system being installed just before Easter we took delivery of two Dell tablets and two Wi-Fi Chip & Pin terminals for use by our furniture sales team, which they use to process sales orders when serving customers. Thanks to us having these, our furniture sales team can process customer sales much faster and more professionally than was possible with our old system. The tablets give us the ability to process multiple customers at the same time, something we struggled with in the past”.

The second testimonial is from Lyndan Orvis, who is Hayes’ E-Commerce Manager

“I would just like to say that you and your guys are the amongst the very best and most efficient I have ever worked with. Your effort, efficiency and ability to delivery has left me with one hell of a lot of admiration for you and your team. Very rarely have I seen a partner exceed a fairy-tale promise!

As I said I will document the whole of the system processes and the way we use the various features to help you market the module. Many thanks.”